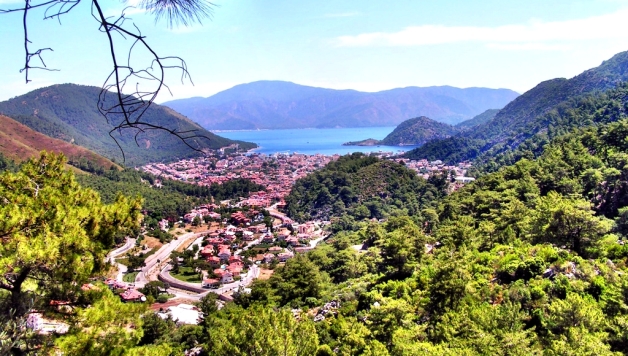 Most things in life come down to trial and error, and in the case of my recent summer in Turkey, finding out the best ways to live and the cheaper ways to do things was certainly a case of getting it wrong and then finding a better way!

I made the usual tourist mistakes until I swallowed my pride and asked advice, but at the start I was determined to do it myself and prove my doubters wrong! Turns out asking advice is probably a stronger thing to do than trying to be stubborn and do it all alone!

At the start of my break, I was going out quite a lot, and most of the time I went to tourist bars, simply because that was where I felt comfortable at first; what you soon realise is that tourist prices are inflated, and you need to go where the locals go, not only to save money, but also to get a more authentic overview of life, which is what it’s all about!

Embrace the night in
Maybe it was a homesickness thing at first, but I couldn’t bear the thought of a night in when I first moved, however after a month or so I was a) burnt out from too much partying, and b) beginning to realise that my budget had to become a little tighter if I wanted to stay for as long as I’d initially planned. Nights in with a friend and bottle of wine replaced several drinks in an expensive tourist fun pub, and my sleep pattern and bank account welcomed it!

Improve your cooking skills
Eating out will seriously make a dent in your finances, and I quickly learn that. I’m not the best cook, and I originally thought that buying ingredients to cook for myself would be more expensive than eating out –wrong! It’s cheap to cook for yourself if you plan your meals ahead, and freeze leftovers etc. For example, I made spaghetti bolognese, and I froze half of the bolognese to have in a couple of days’ time. I also found that having alternate nights in with friends was a good way, because you split the cost of food.

Eat local
Aside from eating in, when I did eat out I found that it was cheaper to go to the places the locals did, rather than tourist restaurants. Turkish restaurants are cheap, you get more than your fill of food, and you get to try authentic dishes, what could be better? I also found that having lahmacun instead of pizza, which is basically a Turkish pizza instead of the usual deep base one, was cheaper; and having a chicken kebab wrap, instead of a burger, was not only healthier, but less expensive at lunchtime.

Enjoy duty free
Drinking out is also a killer on your savings, so I decided to ask my visiting friends to bring me alcohol from duty free at the airport, and we drank at home rather than going out all night instead! If we did go out, we had a few drinks in the house first, and then went out for a dance later on, and just bought one drink. This saved me hugely.

Walk!
Before the July and August heat began to kick in, I used to walk everywhere. Although the dolmus was only 2TL, I figured that this mounted up over the space of a week, and that walking was a good form of exercise too. I avoided taxis like the plague unless I was coming home very late at night, and then I tried to share with a friend to cut cost.

Adapting the way you live is something you will learn when you first move to the location you’re planning on heading to, it’s not something you will know before you arrive, but don’t make my mistake – forget your pride and ask advice!