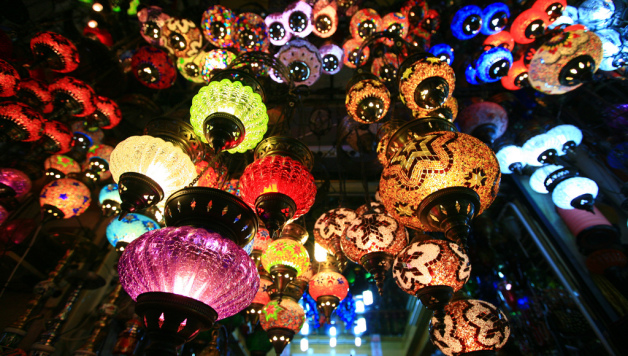 Istanbul is the only city on the planet to straddle two continents; you have the wonders of Europe on one side, and the mystery of Asia on the other, all connected by the huge and imposing Bosphorus Bridge. A chance to visit such a place should be grabbed with both hands, and there is certainly plenty to see and do in this melting pot of culture, religion, sights, smells, and often fast-paced city.

Contrary to popular thought, Istanbul is not the Turkish capital, that is Ankara, but Istanbul is Turkey’s largest city, which means there is plenty of room to roam! Despite that, Istanbul to Turkey is like London is to England, New York is to America, and Sydney is to Australia, it is huge, it is busy, and if you don’t know what you’re doing and what you’re looking for, you could find yourself falling into typical tourist traps, or getting very lost at best.

Read on for a few pointers for your trip to Istanbul – read them, soak it up, then look forward to everything this beautiful city has to offer.

Time your trip carefully
I made the vital mistake of going to Istanbul at the wrong time. I’ll admit, I chose the time because it was cheap when I was searching on Skyscanner for a flight, but I soon realised this was because it was freezing cold at this time of year! I travelled at the end of January, and although the snow looked very pretty indeed, my poor, blue hands couldn’t really hold the camera properly to catch the moment! Similarly, July and August is hot and extremely busy, so you’ll probably be too stressed to enjoy it. April and May are beautiful times to visit, as are September and October.

Think about your night-life
Now, there are two main areas you will probably look at when it comes to where to stay in Istanbul; the first will be the historic part of the city – Sultanahmet, and the second will be the busier part, where all the shops and night-life are – Taksim. Now, if you are wanting to sample the night-life, I think it’s best to stay in Taksim, because you can easily get a Metro into Sultanahmet during the day, but you don’t want to be risking it at night, especially if you’re not sure where you’re going. Think safety, and think your poor feet!

Don’t be too trusting
That kind stranger who is offering to shine your scuffed shoes might look like he simply wants to help you look your best, but he is about to rip you off for said shoe-shining, so it’s always best to smile, say ‘no, thank you’ and walk on. That handsome young man who has stopped you in the street, telling you he wants to improve his English, and wants to thank you for your time by giving you a cup of tea in his friend’s shop? You will end up in a carpet shop, your kind stranger will disappear, and you will be shown endless carpets, then guilt-tripped into buying a rug and having it shipped back home. The upside? You will get a cup of tea.

Avoid taxis if possible
Try and use the Metro as much as possible, because once you get your head around it, it’s very easy, and a much cheaper way to get around. If you must take a taxi, make sure you set your price before you get in, and avoid those who insist on going by the meter because you will simply be taken the most scenic way possible, and end up being charged a fortune for the pleasure.

The key to getting the best out of Istanbul is to make sure you’re placed in the best location for what you want to see. This is of course going to take research, and you’ll need to know what you want to see versus what you’re not so bothered about. In part two, we’ll look at a few of the must-visit places, and find out how to get the most out of them.